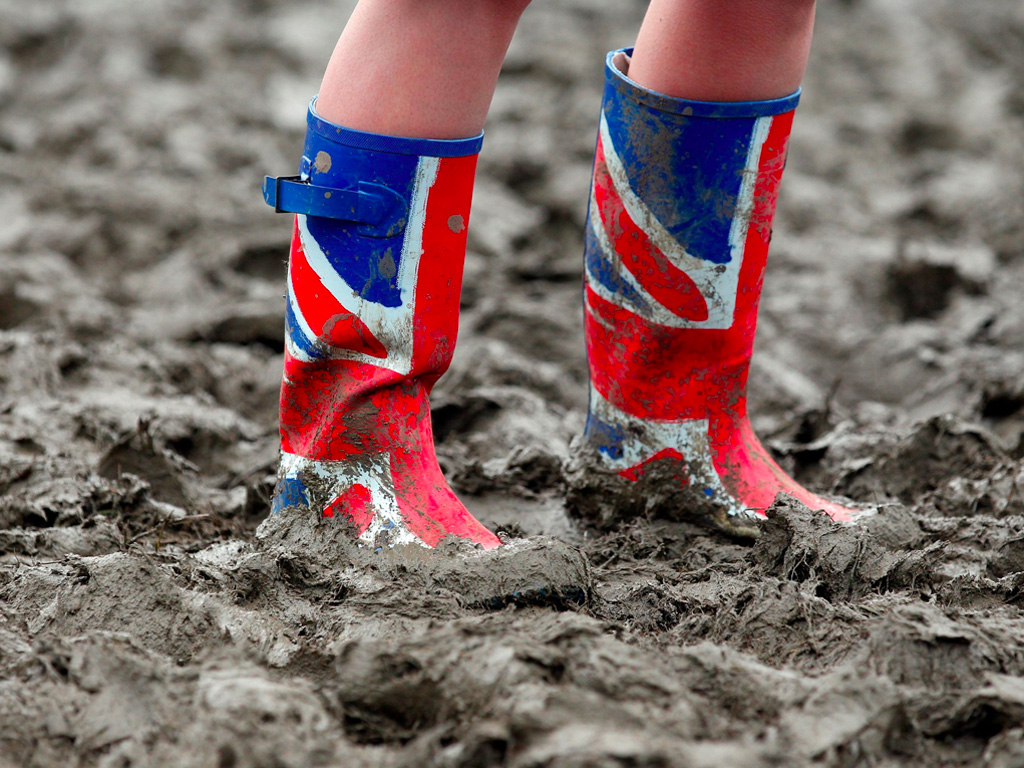 It went right to the wire but finally the UK and the EU agreed the so-called divorce issues in December, allowing discussions to move on to what is likely to be even more contentious, that of the future relations between the two, including transition arrangements.

But in a reminder that Brexit is not the only show in town, the recent gyrations in global stock markets and global bond yields following stronger than expected jobs growth in the US reminds observers that external influences may affect the UK economy in the short term just as much as the ongoing discussions with the EU.

While some financial organisations have announced plans to relocate some functions to the continent irrespective of any short term trade deals, strong take up figures for central London is a reminder that not all businesses expect to be affected by the decision to leave the EU.

The global economy continues its recent rally and 2017 global output, at 3.7%, was 50 basis points higher than that achieved the previous year. Indeed, the World Bank claimed that the world economy is for the first time since the financial crash operating at its full potential. The improvement in output last year was particularly marked in Europe and Asia.

Since our last quarterly report, our economic forecasts have been increased for this year and next across most of the developed world, with expectations for the US being notably increased by 40 bps this year and 60 bps next year. These raised forecasts are driven by tax policy changes which are expected to stimulate growth in the short term. Question marks remain over the impact these changes have in the longer term. The US outcome for 2017, however, was lower than previously expected, hindered by a surge in imports which reduced net trade. Growth of 2.3% for the year, while better than 2016’s 1.5%, was short of President Trump’s 3% target.

While risks over the short term are finely balanced, risks over the medium term are still skewed to the downside. The strong performance of global stock markets and inflated values of other assets raise the risk of a financial market correction but concern of a repeat of 2007-10 is wide of the mark as banks are now better positioned to weather a downturn.

The forecasts for 2018 and 2019, although on an upward trend, remain below norms prior to the financial crisis.

In line with the improving global picture, the Eurozone’s economy not only continued its rehabilitation in 2017, but enjoyed its fastest annual rate of growth for a decade. According to Eurostat, its annual growth rate of 2.5%, aided by Q4 growth of 0.6%, was the zone’s best performance since growth of 3.0% in 2007. The positive momentum that has been building up over the last 18 months or so has been particularly strongly felt in Germany and the Netherlands. Growth expectations in both countries have been raised – in the case of Germany by 50 bps for both 2018 and 2019, to 2.3% and 2.0% respectively. The eurozone is currently experiencing strong domestic demand and improving external demand for its exports.

Activity in the eurozone is expected to tail off somewhat as 2018 progresses. And while growth forecasts for both this year and next have both been raised by 30 bps from that of our previous report, growth is trending back towards a less than spectacular 2.0%. Unsurprisingly, given the positive economic backdrop, unemployment in the single currency bloc continues to fall. Across the 19 countries, the euro area unemployment rate has fallen to 8.7% in November, down over 1 percentage point since November 2016. While most countries enjoyed a rise in employment levels, the most welcome improvement was recorded by Greece where the unemployment rate – so long stuck around 25% – has dropped to 21%.

After several quarters of disappointing levels of growth, the UK economy bounced back in the final quarter of 2017, recording better than expected growth of 0.5%. The year as a whole posted growth of 1.8%, a touch below 2016’s 1.9% but much better than the more pessimistic forecasts evide over the summer and autumn months and above those estimated by the IMF (see below).

Once again it was the dominant services sector which powered growth, up 0.6% in Q4, 20 bps above that recorded in the previous quarter. Encouragingly, the Office for National Statistics (ONS) commented that recruitment agencies were amongst the strongest contributors to services’ growth. In addition, the manufacturing sector continued its positive momentum. It has now grown for seven consecutive quarters. However, consumer-facing sectors again struggled – unsurprising given the squeeze being felt by consumers – while once again the construction sector contracted: its 1% quarterly decline being the worst for over five years.

Despite the positive end to 2017, forecasts for this year and next remain subpar, both relative to the improving macroeconomic situation and to the country’s historic growth rates. The one comfort that can be gleaned from the Q4 data is that the UK has not experienced the sharp downturn, or recession, that many commentators indicated at the time of the referendum. It also ensures that interest rates are unlikely to rise significantly from today’s 0.5% in the near term. Momentum though does not seem to have been sustained into 2018 with early Purchasing Managers’ Indices showing a distinct cooling of activity in January. This alone would tend to indicate that interest rates would be under little upward pressure in the coming months.

With Brexit negotiations now moving on to Britain’s future trading relations, the outcome of these discussions is likely to shape the economy for years to come.

Significant levels of take up and record levels of investment ensured that 2017 turned out to be much better than initial forecasts 12 months ago. Despite a cooling economy, uncertainty over Brexit, rising inflation and squeezed consumers, the performance of commercial property far exceeded expectations.

According to the IPD Quarterly Index, 2017 recorded a total return of 10.3%, well above the long term trend and helped by a particularly strong final quarter which generated a total return of 2.9%. Once again it was the industrial sector which led the way, returning an exceptional 19.6% for the year and 5.9% for Q4. These returns were more than double those of the retail and office sectors. Such was the magnitude of the industrial sector’s return and the return differential over other segments that no other segment of the property market posted above average returns either in Q4 or over the full year. While industrial total returns were strong nationwide, it was industrials in the south east which recorded by far the greatest returns: 6.8% in Q4 and 22.5% over the year. In terms of investment activity, overseas investors continued to be extremely busy, accounting for over half of all transactions and taking advantage of the weak sterling, and thereby apparently shrugging of any Brexit worries. UK funds, in contrast, were net disinvestors, preferring to take profits or await a correction in commercial property prices that many commentators have been expecting for some time.

While yields remain at worst static, or in some cases are still under modest downward pressure, rents are now heading south in increasing parts of the market, with the exception of the industrial sector where rental growth is still evident. Net effective rents in the retail and office sectors paint an even weaker picture.

Forecasts for this year and beyond are for a much more muted degree of performance. Expectations of annualised total returns of between 4% and 6% over the next four years suggest minimal capital growth over the period with overall returns income dependant. While all property forecasts retain a degree of uncertainty, rarely has the economic backdrop been so complex. With the timeframe for the UK exiting the EU fast approaching, and so much still to be negotiated and agreed, it is clear that short term performance of commercial property is liable to be more unpredictable than ever. It does seem, however, that the UK and in particular central London will continue to be a favoured destination for much foreign investment, even if domestic investors are more circumspect.

The City office market was perceived as being most at risk from Brexit. And while some key occupiers have indeed announced plans to relocate at least some of their staff to EU member countries, economic uncertainty has not deterred many other firms. 2017 will go down as one of the strongest in terms of both investment and take up in City offices. Last year’s take up of 7.4m sq ft in the City was over 25% greater than that of the previous year and the fourth highest annual total ever recorded. Q4 was particularly strong with 2.2m sq ft being let. The overwhelming majority of space let in the Square Mile has been of Grade A quality but lettings in the City core fell to only 53% in 2017, reflecting both the lack of suitable space in the core and the increasing number of occupiers willing to locate in more fringe locations.

Supply in the City remained relatively static over both Q4 and over the full year. The vacancy rate dipped 10 bps to 5.6% over the course of the year and fell 50 bps over Q4 from a temporarily elevated 6.1% at the end of September. The total amount of space currently available amounts to under 7m sq ft, less than one year’s take and although the development pipeline is set to pick up this year, over half of this year’s expected completions is already pre-let while over one quarter of completions of the four years to the end of 2021 is likewise pre-let.

Take up of West End offices also experienced high levels of take up, the 2017 figure of almost 5m sq ft being the second largest ever annual figure. This positive feature helped reduce vacancies, with current West End voids also representing less than one year’s take up. In a similar position to that of the City office market, half of this year’s development completions are pre-let with almost 20% of 2019 completions having been let.

The data was more mixed for transactions. Buoyed by the largest monthly deals in November, Q4 investment in the City exceeded £4bn which took the total volume of transactions over 2017 to £12.64bn, 56% above that of the previous year. In the West End, investment was boosted by an extremely strong December, but the year’s total invested of £7bn was 10% below that of 2016. Once again, Asian investors were prominent. They accounted for over half of all City purchases in 2017 and over one quarter of West End purchases. But to demonstrate that the UK remains a favoured destination for many overseas investors, Savills commented that over the course of 2017, a grand total of 28 different nationalities purchased property in the City.

According to the IPD Quarterly Index, all office properties delivered a total return of 7.9% in 2017, well below that of the industrial-sector led All Property return of 10.2%. City offices outperformed average offices with a return of 8.0% ahead of the West End’s 5.9%: both figures being highly creditable given the economic uncertainty. IPF Consensus forecasts for central London offices over the near term remain dull, with investors expecting any income return to be offset as rising yields hit capital values.

All statistics from Savills