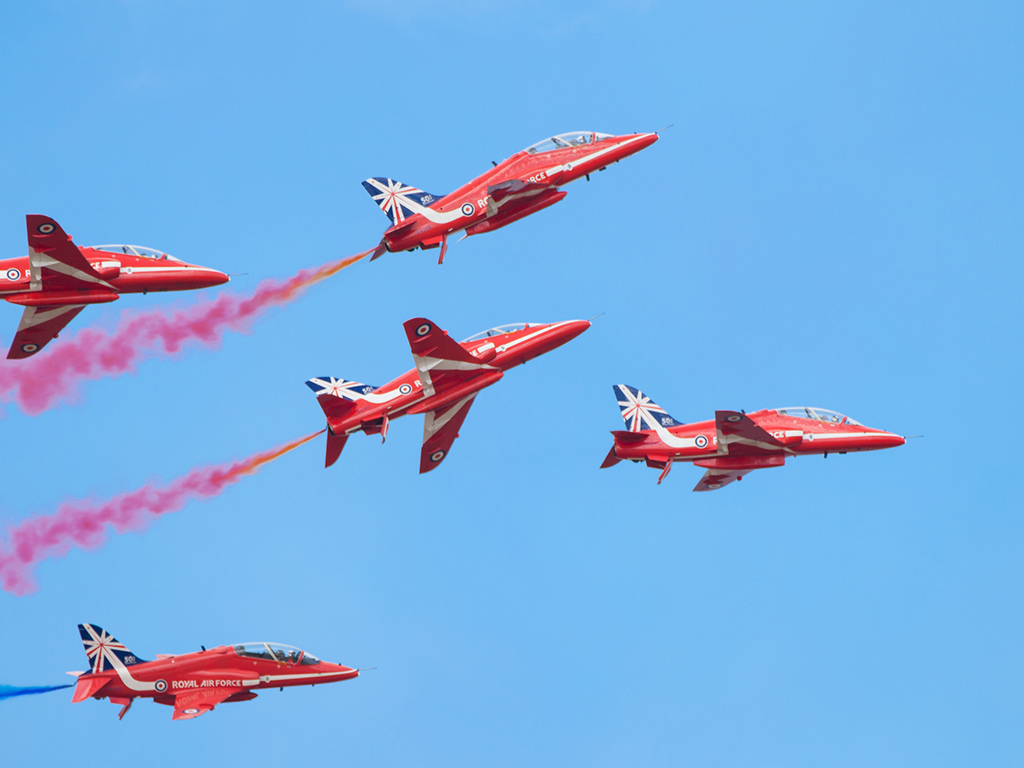 Perhaps it is just as well that the House of Commons is now in recess for the last few months have been as bad for the government as could be imagined. Attempting to chart a course towards Brexit has proven even more challenging than expected, particularly given the government’s slim majority, with any hopes of consensus following a Chequers think tank lasting all but one day before the Brexit Secretary resigned, quickly being followed by the Foreign Secretary, both of whom declaring that they could not accept the Prime Minister’s vision of the way ahead.

Meanwhile the clock is ticking with worrying talk of a ‘no deal’ exit and its potentially damaging consequences now being aired. The summer break will see UK Ministers visit other EU countries in a charm offensive attempting to push the UK stance, thereby bypassing the EU’s Chief Brexit negotiator Michel Barnier who is seen by some in government circles as the main stumbling block to the negotiations.

Meanwhile, the humble sandwich – the staple of many an office worker – may be under threat in the event of an impasse. It seems that the importing of many of the sandwich fillings could be one of the first to be affected in the event of no deal being reached. Discussions have apparently already taken place at Westminster on this topic – over a sandwich lunch, perhaps?

It will be a long (and for some) very hot summer.

While our forecast for world growth is unchanged from that of our previous report, expansion is becoming less even and downside risks to the outlook are mounting.

Part of this concern relates to the potential fear of protectionist actions – initially from the Trump administration in the US but also increasingly from possible counter measures by other countries.

The global cyclical upswing has been ongoing for two years but it is becoming clear that the pace of expansion in some countries has apparently peaked while growth has become less synchronised across the globe.

In the United States, momentum is strengthening in line with that forecast in April, and the US dollar has appreciated by around 5% in recent weeks. Q2 data showing that the US grew at an annualised 4.1%, the highest for four years, contrasted with growth elsewhere. Growth projections have been revised down for the euro area, Japan, and the United Kingdom, reflecting negative surprises to activity in the early months of 2018. Part of the US’s growth was driven by strong consumer spending and a surge in exports as firms rushed to beat new trade tariffs – some of which will be reversed in the coming quarters.

Rising oil prices, higher US bond yields, the appreciating dollar and shifts in sentiment from the trade tensions are all adding to financial pressures, particularly among emerging markets and developing economies; albeit financial conditions remain relatively benign. The increase in the oil price (by 16% over the last three months) and smaller rises in some commodity prices has pushed up inflation in most countries and that plus tight labour markets have resulted in a slightly sharper upward outlook for interest rates in the near term.

The Eurozone economy has not built on the positive momentum of recent quarters. Having recorded a weaker than expected growth of 0.4% in the first quarter of the year, first indications for Q2 point to an even slower 0.3% growth rate, reducing the rolling twelve month growth from 2.2% three months ago to 2.1%.

Rather than pushing on from 2017’s growth of 2.4% – its highest calendar year rate of activity in a decade – growth in the area’s three biggest economies, France, Germany and Italy, has slowed more than expected in the last six months.

While Italy’s softening was perhaps expected given the country’s renewed political uncertainties, the slowdown in Germany and France was less so. Consequently, forecast for these three countries and for the Eurozone as a whole have been trimmed for 2018 – by 30 basis points for France, Germany and Italy and by 20 bps for the Eurozone as a whole. Growth for the zone is forecast to slow further next year to a downwardly revised 1.9%.

Despite these disappointing growth figures, the European Central Bank announced that its programme of Quantitative Easing will soon come to an end. In the meantime, its monthly asset purchases will be cut from €30bn to €15bn in October before ending altogether, probably at the end of 2018. The central bank also indicated that it will maintain interest rates at their current levels at least through to the summer of next year.

After more than six months of ‘will they, won’t they’, the Bank of England finally elected to raise interest rates at the early August meeting of the Monetary Policy Committee. Rates were raised by ¼ percentage point to 0.75%, the highest level since March 2009. The increase had initially been anticipated in May but that scenario was ruled out by the MPC following a slew of weak data. Continuing sluggish survey data, including lower than expected inflation, had also questioned the need for an increase in August.

The implication of the timing of the rise – that economic growth was rebounding from its poor Q1 -was borne out to a degree with the flash estimate of second quarter GDP coming in at 0.4% following Q1’s upwardly revised but still disappointing 0.2%. With employment still rising and unemployment rates at historic low levels, there is now less slack in the economy, leading to the prospect of higher wage inflation which in turn may lead to higher output costs and to higher overall inflation. That would have been another line of thought behind the Bank’s decision to increase rates.

Much of the UK’s pedestrian economic activity can be laid at the feet of Brexit with little agreement yet in place and with many commentators and companies alike talking up the possibility of a ‘no deal’ and the negative implications that brings.

Our GDP forecasts have been trimmed by 20 bps (to 1.4%) for this year owing to the weaker than expected growth in the early part of the year. It is noticeable, however, that the magnitude of the downward revision is less than that of the three largest economies in the EU, all of which have been cut by 30 bps for 2018.

Retail assets remain out of favour with investors, and with good reason. According to MSCI (IPD), average retail assets fell in value by 1.2% over the second quarter, continuing the sector’s decline. Within the retail sector, shopping centre values remain under intense downward pressure, falling another 2.4% in the quarter which makes a fall of over 4% in the last six months. Incredibly, average shopping centres are currently valued 4% below the value at December 2000 (when IPD’s Quarterly Index began) representing a fall in real terms of over 60% (source: MSCI, ONS, author’s calculations).

Last quarter’s report highlighted the bid battles involving Hammerson, Intu and Klépierre of France, none of which came to fruition after ‘investor concern’ caused management to walk away from the proposed mergers. It is interesting now to reflect on Hammerson’s interim results in which they announce a reduced commitment to the UK and an accelerated asset disposal programme, citing that the ‘UK’s got problems’ – just months after seeking to add to its retail assets by merging with another shopping centre REIT. Certainly news from the retailers continues to be almost singularly grim. Hardy a week goes by without one high street name issuing a profit’s warning or indicating store closures.

At the other extreme, there seems no stopping the rise in value of industrial assets. Another quarter of impressive increases in value – up an average 3.7% in Q2 making a rise of 6.7% in 2018 so far – sees industrial assets maintain their position as the must have sector. While the south east remains the region that is delivering by far the highest increases in value – up 4.6% in the quarter – regional industrials are also delivering above market rates of growth.

Capital growth is not just about yield hardening; there is also rental growth, as stated in Segro’s interim results in July. Like for like rental growth of almost 3% is far ahead of what is being achieved in other sectors of the market.

Overall, the market generated a total return of 1.75% in the quarter, slightly down on Q1’s return of 1.94%. Industrial assets once again delivered by far the best total return performance with 4.8%, followed by offices at 1.5% with all retail’s 0.05% (its income just offsetting its capital decline).

Given the increasing uncertainties over Brexit, not least on how it will impact the Square Mile, it is perhaps surprising that both investment and occupier markets have remained so strong. The City market, traditionally the most volatile in the face of economic concerns, has remained not only resilient so far this year, but has recorded its highest ever volume of transactions in the first half of the year and take up well above the long term average.

Overseas investors, particularly from Asia, have been the main buyers of City property, accounting for as much as 80% of deals so far this year, but it is noticeable that UK investors have been returning to the market, buying over £1bn of City offices this year and accounting for 16% of all deals.

The mega-deal still dominates. June saw the sale of 5 Broadgate for £1bn to a Hong Kong investor – the fourth billion pound deal in the City and the third in the last 18 months. Meanwhile, take up figures are no less impressive. June saw over 677,000 ft² let over 52 deals, taking take up to over 2m ft² in the quarter and pushing take up in the first half of the year to over 3.5m ft², a 10% increase on last year and 30% above the average take up in the last ten years. Part of the interest being accorded the City is down to the increasingly diverse occupier base, itself partly down to the dearth of available space elsewhere. Once the preserve of financial companies, the City now attracts occupiers from an increasing number of industries, including the decision by the Chinese Government to occupy Royal Mint Court for its new embassy.

By contrast, similar data from the West End looks far less positive. Transactions in the first half of the year, at £3bn, was 17% short of last year’s equivalent figure while take up over the same period – 2.1m ft² – was 12% down on last year. Much of this slowdown can be attributed to a lack of stock. Vacancy rates remain very tight at below 4%.

The technology and media industries remain the prime users of space in the West End, accounting for almost one-third of take up in the first six months of the year and this sector of the market will be further consolidated when Facebook complete on the massive 600,00 ft² letting at Kings Cross, widely expected to be later this year. (Note that not all agents agree on the site being classified in the West End.)

Rents in both the City and West End are fractionally down on last year while rent free periods in the latter have increased to 24 months (up from 20 months at the end of March) on 10 year leases. The similar rent free period for the City remained at 23 months.

Prime yields were again unchanged over the quarter at 4% in the City and 3.25% in the West End.