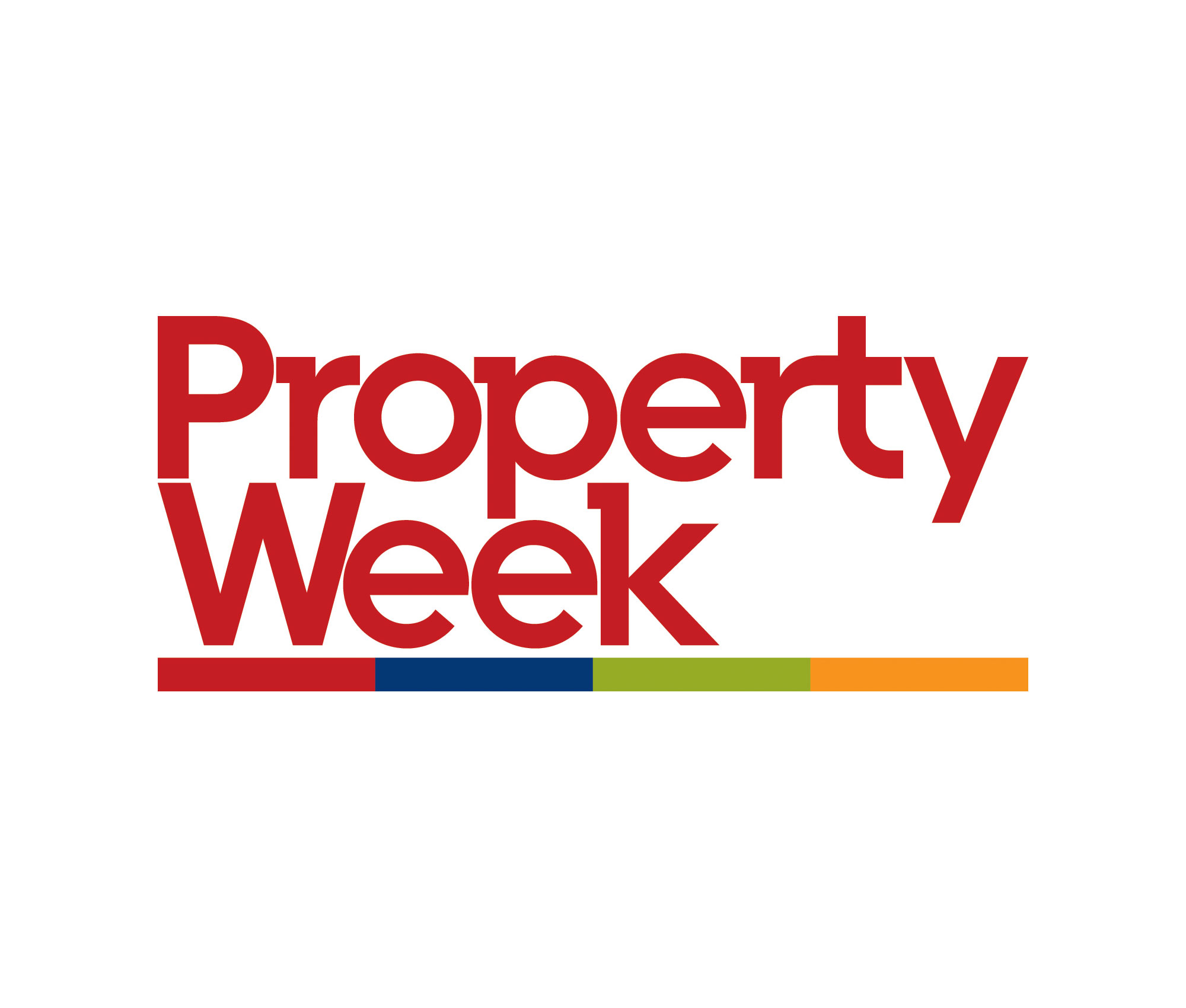 When Cordatus Property Trust paid £3m to acquire a Selco Trade Centre unit in Wythenshawe, Manchester, in March, it was yet another signal of the long-term confidence investors have in the prospects for the trade counters market.

While many consumer-facing retailers face a battle to stay in the black in the face of seismic structural shifts in the sector, for those servicing the trade it is a very different story.

Announcing an otherwise disappointing set of full-year results in March, B&Q owner Kingfisher was buoyed by the performance of its Screwfix brand, whose sales shot up by 10% to more than £1.6bn.

With tradespeople continuing to favour visiting a store on their way to a job, experts agree that trade brands are less exposed than other bricks-and-mortar retailers to the threat of ecommerce. “Most [brands] have a multi-channel approach with extended trading hours, improved stock levels, quick ordering and delivery. Our main clients are not being affected by online activity,” says Philip MacLauchlan, managing director at Adept Consultancy, which is the retained agent for Toolstation.

Like Screwfix, other major UK brands such as Toolstation and Howdens Joinery are delivering strong financial results, making the parks they are located on an attractive proposition for investors.

“We still have a reasonable exposure to trade park income, which we are happy with,” says Bill Page, business space research manager at LGIM Real Assets (LGIM RA). “There are long-term structural attributes that support the sector, in particular a trend in the economy for people to pay someone else rather than do it themselves; fragmentation of construction supply chains, meaning more points of purchase; the fundamental long-term need for more housing and infrastructure in this country; and more sadly but importantly, climate change, meaning more mitigation, upkeep and maintenance.”

Despite concerns surrounding Brexit, the positive occupier market has ensured investor demand exists for both solus units and multi-let schemes, according to Charles Howard, partner in the business space investment agency team at Cushman & Wakefield.

“Solus units are often occupied by the larger, more dominant trade operators such as Travis Perkins and Selco, where stronger balance sheets drive investor demand, particularly those with longer leases in dominant or established locations or where few competitors and multiple chimney pots exist,” says Howard.

None of this is to suggest that owning a trade park is a licence to print money. With investment demand strong and yields contracting in line with the wider industrial market, landlords are increasingly looking to boost returns through value-add initiatives.

The main way to achieve capital value growth is through rental growth, explains Montagu Evans partner Steven McDonald. “A good example if a trade park is fully let would be to identify demand and speak to tenants about agreeing to surrender their lease – and look at off-market deals where you can create a higher level of rental value.”

McDonald gives the example of Sydenham industrial estate in London, where occupiers include Howdens and Screwfix and the average rental value from 2016-17 was £13.50/sq ft.

“The estate was fully let but one of the occupiers wanted to relocate to bigger premises. We had the market knowledge that Crown Paints had a requirement for Sydenham, so without having to put the unit on the market, we agreed terms with Crown Paints at £17.50/sq ft.”

Because of its circumstantial nature, tenant engineering via lease surrender and off-market deals will not always be a viable means of increasing income for investors. Page points out that many trade estates that are well let and well managed will be fully rented, in which case there may be limited opportunity to push rents. However, he adds that in certain cases multi-let industrial estates will have opportunities to convert some units to trade counters.

“When you have a void, if you get a trade counter occupier in you often find they are prepared to pay higher rent, particularly where the unit has a good road frontage enabling branding,” says LGIM RA’s Page.

Another way of diversifying and increasing income is by adding new services. McDonald highlights a growing trend for landlords to bring in convenience food brands such as Greggs to trade estates.

“Modern trade parks that are low density will throw up situations where it is possible to build a convenience retail food pod on the site,” he says. “With units ranging from just 1,500 sq ft to 1,800 sq ft, it’s a way for landlords to achieve more rental income and to provide typical trade customers, as well as members of the public, with an attractive service.”

Greggs, McDonald’s, Costa, Starbucks and Subway are brands that are regularly represented.“It makes sense for these brands because trade parks, and often the wider industrial and business parks, create their own catchment and customer base, making these operations highly justifiable from a sequential test point of view,” says Alfred Bartlett, head of the retail and leisure group at Rapleys.

Bartlett stresses the importance of getting a critical mass of trade brands in place before you can pull in other operators to make the site a destination. “The drive-thru or other food-to-go is often the icing on the cake and the likes of Subway et al will also judge the location not only on the trade park custom base, but on the transient trade that the prominent location affords.”

With trade rents typically top of the market in terms of the industrial sector, it is no surprise investors are sweet on trade counters. In addition to its purchase of the Selco unit in Manchester, Cordatus Property Trust recently acquired the Mercor portfolio of 33 Travis Perkins trade counter units for £45.4m.

At the time, the trust’s director Michael Cunningham said the acquisition offered “very attractive, long-term value” and provided “an opportunity for us to deploy our specialist skills to manage, re-gear and potentially redevelop the assets in line with our strategy of delivering an attractive income return to our investors with potential for capital growth”.

Six months on, Cunningham remains buoyant about the prospects for the trade counters sector. “We feel trade counters have the potential to benefit from the continued rental growth forecast in the wider UK industrial market,” he says, adding that in the longer term, Cordatus sees the opportunity to redevelop some sites for alternative uses and increase building density at others.

For landlords, sweating their existing trade counter assets is becoming increasingly important given the current imbalance between supply and demand, as McDonald explains. “Fundamentally, there remains a shortage of good-quality stock,” he says. “There tends to be a focus on London but the reality is it’s much the same throughout the UK. There’s still a shortage of new-builds and modern stock, so the overall vacancy position is very low.”

In the Greater London area in particular, a shortage of industrial space is forcing trade counter operators into competition with other industrial and retail occupiers.

“I deal with an estate in Bermondsey and the trade occupiers there are competing with fresh food suppliers who are looking for that last-mile delivery to central London,” says McDonald, who notes that businesses supplying to restaurants in central London can pass on price increases more readily than trade brands that have to be mindful of their national pricing policies.

The national shortage of stock comes at a time when the largest trade brands are actively seeking to open new outlets. Screwfix has added nearly 300 UK outlets over the past five years and has increased its target for total UK stores from 700 to 800 in 2019.

Rival Toolstation opened 40 new branches in 2018, taking its total to more than 300, and MacLauchlan notes it has a current requirement for small-format trade counters of 2,700 sq ft-plus and standard trade counters of 3,800 to 6,000 sq ft. Howdens, meanwhile, sees the opportunity for around 850 UK depots, up from the 694 operating at the end of 2018.

Acquisitive occupiers – coupled with a shortage of traditional stock – have meant that, in London in particular, some trade operators have sought to take advantage of the increasing amount of vacant high street retail units. “Brands like Screwfix are acquiring retail premises and high street units and tapping into the growth of the online retail market with a view to expanding their click and collect services, almost along an Argos-style model,” says Rapleys’ Bartlett.

Toolstation is also hunting for high street sites of between 4,000 sq ft and 5,000 sq ft, according to MacLauchlan.

Occupiers that find the right location are often prepared to pay a premium for it and take a longer-term lease. “Although it remains the case that a 10-year term with a break at five is still the most common, as supply continues to reduce and demand holds up, we are definitely seeing more instances of straight 10-year leases and there are occupiers now that will take 15 with a break of 10,” says McDonald.

This kind of long-term security of income from national operators with a strong covenant only serves to strengthen the appeal of the sector for investors.

“We continue to like long-dated income with fixed uplifts,” says Cordatus Property Trust’s Cunningham. “We have a couple of hotels in the portfolio that deliver these characteristics, as well as our trade counter assets, and we would look to add assets that can deliver this if pricing is sensible.”

Page says LGIM is similarly happy with its exposure to a sector whose prospects appear bright. “If you look at the likes of Travis Perkins, where they have been doing less well is on the more consumer-facing side and where they continue to do well is in the trade-focused side of the business. Their results are confirming our positive view of the trade sector.”

Looking further ahead, trade schemes may become more of a destination for customers in a similar way as shopping centres have adapted their offer, according to Harry Gibson, senior surveyor in the London and South East industrial agency team at Cushman & Wakefield.

“Trade counter operators will evolve to consumer demand but the landlord will also have to evolve, with a focus on improving their schemes to keep them modern and an attractive location for occupiers and their customers.”

For many landlords, this evolution has already begun.