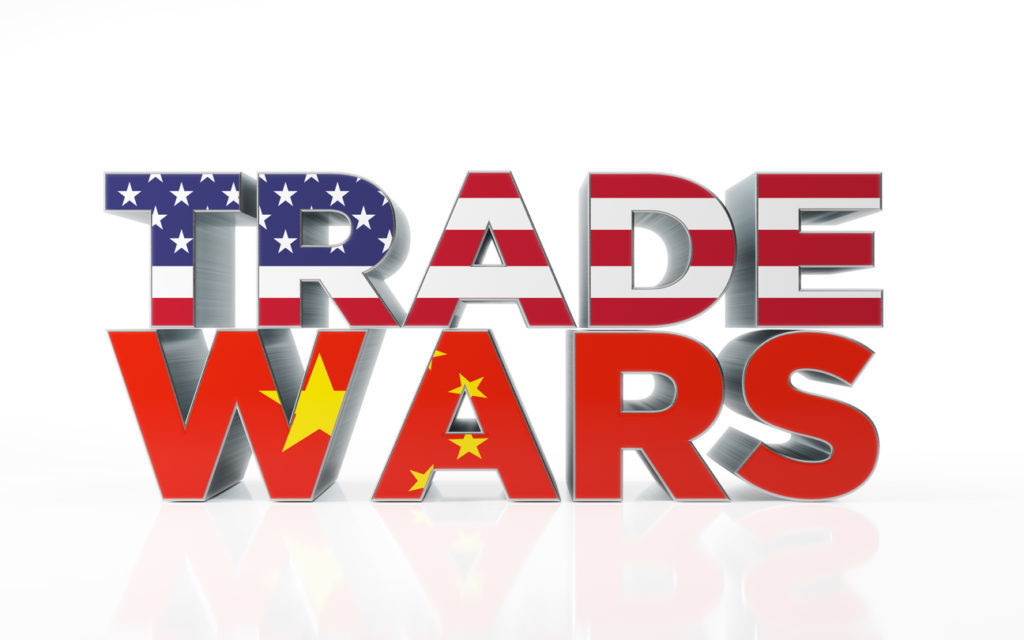 Brexit claimed its second prime ministerial victim when Theresa May was forced to resign ushering in the distinct possibility of a ‘no deal’ exit with the July appointment of Boris Johnson as PM, the third since the EU referendum three years ago.

It is clear that the deal negotiated by Mrs May and the EU, which was defeated heavily by parliament three times, is now dead but there is, as yet, no clarity on the form of exit that the new PM’s team will pursue. The prospect of the UK and the EU failing to agree an exit solution, leading to a disorderly exit has increased in probability terms, despite members of parliament voting down that prospect.  That likelihood of that scenario has heightened by the EU’s apparent unwillingness to reopen negotiations on a revised deal.

First quarter GDP was boosted by inventory stocking prior to the original end March exit, but this increase in activity was offset in April when the economy contracted. Stockpiling aside, the continued uncertainty about the timing and form of Brexit is causing major problems with business.

The appointment of Johnson has prompted another sharp fall in the value of sterling. This is likely to lead to higher inflation and will pose some problems for the Bank of England. The global slowdown, coupled with the wait and see attitude of many UK companies would, in normal times, see the Bank follow traditional monetary paths in cutting interest rates to attempt to boost the economy. Instead, the prospect of higher inflation would tend to suggest the complete opposite of that tactic.

Extending the weakness inherent now for over a year, the global economy remains subdued. Stock building in the US and UK aside, data in the first half of the year pointed to a dull start to the year although as 2019 progresses, this weakness should subside.

Much of the recent concerns relate to the threats to global trade most noticeably the spat between the US and China which shows no signs of abating. Coupled with a slowdown in manufacturing across the globe – not helped by new emission standards for cars – weak business and consumer durables spending, it is clear that both corporates and consumers are holding off big ticket spending during these uncertain times.

Risks to the global forecasts have been skewed to the downside for some time and it is clear that these risks have intensified over the last three months. If global stock markets are indicators of what lies ahead, then the recent extreme volatility paints a very worrying picture particularly concerning the trade dispute between the US and China. Business confidence across the globe has been hit for some time by the escalating trade war and it has not been helped by the ongoing uncertainty about the UK’s economic future.

The major risk factor is that these concerns sap confidence further, leading to weaker investment, hinder global supply chains and adversely hit global growth to below the base case scenario.

The forecasts for the global economy for this year has been edged up by 10 basis points to 3.2%. A US upgrade since the last quarterly report of 30 bps accounts for this increase with few material changes elsewhere although downgrades are apparent in many of the larger ’emerging and developing’ countries, most notably the ‘BRIC’ countries: Brazil, Russia, India, China and South Africa.

Forecasts for the Eurozone are broadly unchanged from those of three months ago following the heavy downgrades that were initiated then. GDP expectations for the zone as a whole remain at 1.3% this year with a modest downgrade in Germany being offset by an upgrade in Spain.  Next year, an improvement in Germany’s fortunes allows the forecast for the Eurozone to be upgraded by 10 basis points to a still underwhelming 1.6%.

Outwith Germany, the forecast for Spain has been increased for this year, reflecting strong levels of investment and weaker than expected levels of imports so far this year. France forecasts are unchanged this year and next, helped by fiscal measures and the dissipation of the effect of the continuing street protests.

All forecasts for the single currency zone are still based on an orderly Brexit and a resolution of the trade spat between the US and China.

In common with other area of the globe, the economy of the Eurozone slowed in Q2 after a modest 0.4% tick up in the previous quarter. The flash, first estimate for growth in Q2 has come out at 0.2% for both the single currency zone and for the larger EU. This dull outcome does nothing but strengthen the case for additional stimulus measures by the European Central Bank, whether by cutting interest rates further or by reintroducing some form of quantitative easing.

The manufacturing and export focussed Germany suffered a contraction in Q2, according to the flash estimate. A decrease of 0.1% was widely expected and there is some concern, as in the UK, that a further poor quarter leads to Germany technically going into recession.

Neither Prime Minister Johnson nor Chancellor Sajid Javid would have been particularly buoyed with the news so soon after taking office that the UK economy contracted in the second quarter. A negative reaction to the first quarter’s stockpiling ahead of the initial date of Brexit had been anticipated but the outcome of a 0.2% fall in GDP was worse than the flat growth expected.

It was not just the manufacturing sector that dragged the economy down: the construction sector also weakened, and the normally buoyant service sector stagnated. In addition to the unwinding of the stock building during the post March period, the second quarter was affected by the shutting down of car factories around the original exit date. Additionally, the UK was not immune to the general malaise apparent in the slowdown of global trade which exacerbated UK companies’ reluctance to commit to investment.

It remains extremely challenging to anticipate the progress of the UK economy over the rest of the year, and perhaps for some time after. We are still no closer to understanding the form of Brexit, even if some clarity has emerged over its timing.  Mr Johnson’s claim that the UK will definitely leave the EU on the 31st October, “deal or no deal” has angered and worried some politicians and it is still within the bounds of possibility that there will be a further delay initiated by the EU, and not by the UK, to prevent a damaging and disorderly no-deal exit.

Consequently, attempts to determine the possible course of the economy are mired with difficulty. Our forecasts anticipate some mutually agreed exit strategy is reached, followed by a gradual transition to the new regime.  Were that not to occur, one can factor in a much more pessimistic set of GDP forecasts for this year and next.

The news on the high street does not get any brighter. Despite wage growth now having outpaced inflation for some time, any extra spending has been bypassing the high street where footfall has fallen – in July – to its worst level for seven years. Consequently, vacancies in the high street now exceed 10%, its highest level for 4½ years. One crumb of comfort from recent statistics is that footfall in retail warehouse parks have increased.

Capital values continued to weaken almost across the board in Q2 with only industrial properties still backing the downward trend. Even there, growth has moderated significantly from the highs of only one or two years ago, down to a modest 0.6% in the quarter.

As has been the case for the last 18 months, retail values continue to see sharp reductions, although the Q2 fall was a touch less severe than in the previous quarter. Shopping centres once again bore the brunt of the valuers’ red pens; the average decline for Q2 still a massive 4.0%, making a huge 18% fall over the last two years.

The travails of the retail sector have been well trailed in previous reports, as have the problems relating to shopping centres. Interim results from stock exchange listed REITs Intu and Hammerson and from the owner of Westfield Stratford have highlighted just how challenging conditions are.  An asset writedown of £872n (representing a six month valuation fall of 9.6%) over January to June led to Intu posting a six month pre-tax loss of £840m.  In tones reminiscent of the property crash of 2007 – 09, Intu revealed that its balance sheet would require strengthening – by selling non-core assets, by converting its empty stores into residential, hotels and flexible offices and if need be, by raising fresh equity – in order to avoid breaching its banking covenants.

Rental income across many retail assets is being compromised as landlords suffer from retail failures and rent cuts following company voluntary arrangements. Intu, for example, notes that its net rental income had fallen 18% over the six months.

Meanwhile, industrial properties continue their upward trajectory. A modest 0.6% growth in Q2, means that average values have risen by 1.2% this year, which, while still positive, is a pale shadow of the 11.4% growth over 2018 and 13.9% over 2017.

As has been the case for several quarters, the performance of offices was midway between that of retail and industrials. However the average value of all offices slipped fractionally in Q2, for the first time in three years.  While the value of both City and West End average values dipped slightly, average values outside London continued to post small increases.

Investment in central London offices has dropped significantly this year and while it is easy to point the finger at Brexit uncertainties for this factor, in reality office investment has experienced a similar slowdown in other ‘global’ cities. Indeed, investment in some markets has seen a much greater falloff, such as New York, Frankfurt and Hong Kong, where investment deals in the first six months of the year are down by around 50%, Tokyo (down 43%) and in Paris (down 36%).  It is clear from these statistics that Brexit is just one of the many factors affecting sentiment to commercial property and where the trade spat between the US and China is adversely impacting on funds’ investment decisions.

Investment in City of London offices in Q2, at £821m, was the lowest second quarter figure this century while in the West End, deals worth £986m was the lowest equivalent figure for ten years. Investment demand is still there; it is the severe shortage of available product that is holding back more deals with owners preferring to hold on to their assets in the light of few clear investment opportunities appearing to invest any cash realised.

Over the first six months of the year, turnover in the City amounted to £2.99bn, while that of the West End totalled £1.89bn, down 47% from that in the City last year and down 48% on the five year average first half total in the West End.

In terms of letting, City take up in Q2 was fractionally ahead of the low Q1 figure which meant that over the first six months of the year, the 2.5m sq ft take up was 30% down on the similar period last year. It was noticeable that lettings for space below 5,000 sq ft were most numerous with only one deal so far this year for space above 100,000 sq ft.  West End take up, at 836,000 sq ft in Q2, was 30% lower than that of the strong Q1 bringing the total let in the HI to 2.1m sq ft let, similar to the equivalent figure last year but ahead of the long term average.

Capital growth in both central London office markets has been slowing for a couple of years and Q2 witnessed the first simultaneous fall in average capital values – albeit minor at 0.1% – in both the City and West End for over five years. The rolling 12-month City office growth has stalled from 3.7% in mid-2018 to 1.1% now and from 2.5% a year ago to 0.8% now in the West End.