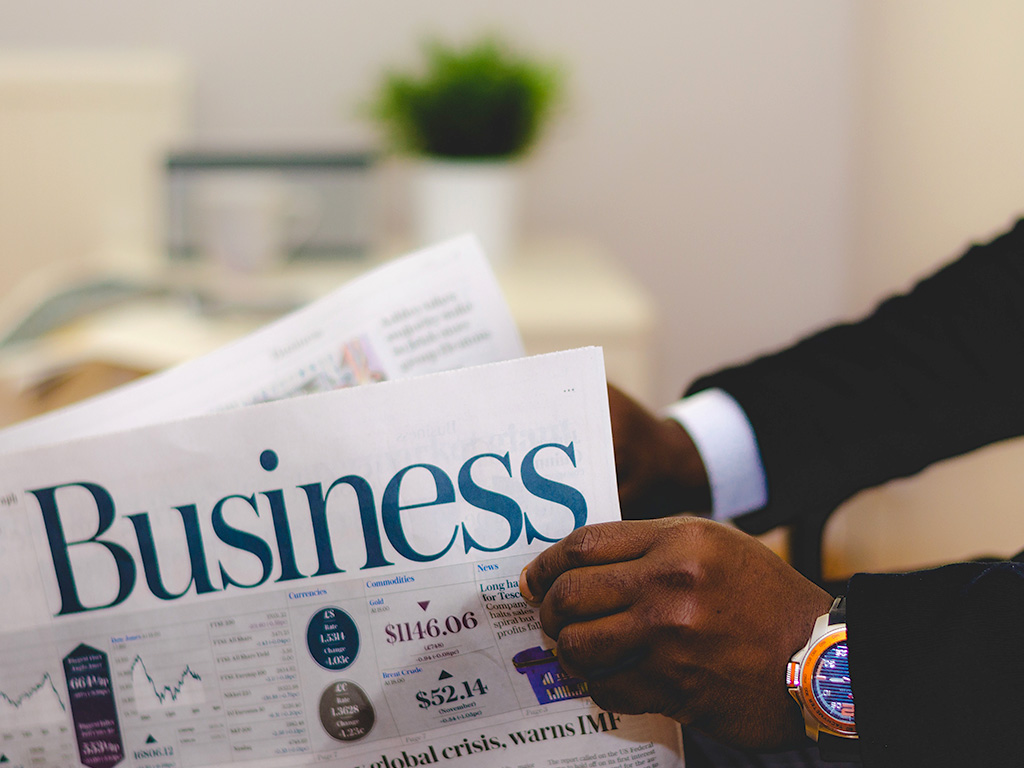 It seems that the stances of Britain and the EU are still poles apart, and that is just on the matter of settling the UK’s “divorce” payment. It appears that there has been little, if any, discussion on the future trade positions of both parties – the EU’s chief negotiator, Michel Barnier, stating quite clearly that he is not willing to move on to trade talks until the financial settlement has been agreed. Meanwhile the clock on Britain’s exit is ticking and it is looking more certain that a transition deal will be necessary, possibly one lasting two years.

The Governor of the Bank of England, Mark Carney, has warned that the UK economy is likely to grow more slowly in the short term if no deal for a future trade agreement with the EU is reached. And the employers’ organisation, the CBI, have indicated that many firms will begin making their own contingency plans soon if there is no further certainty about the future. Already some financial companies have announced plans to relocate some functions to the continent irrespective of short term trade deals; in contrast, strong take up figures for central London suggests that not all businesses will be affected by the decision to leave the EU.

The recovery in global economies, which began in the second half of 2016, remains on track. Last year proved to be the weakest for global growth since the global financial crisis but the upswing now underway is anticipated to boost global growth over the near term. Our global growth forecasts have been increased by 10 basis points for both this year and next compared to our August forecasts, to 3.6% and 3.7% respectively. These increases reflect widespread upward revisions in the US, the euro area, Japan, emerging Europe and Russia.

This recovery, however, is still relatively fragile. Inflation too is below target in many countries, ensuring that monetary policies remain accommodative for the meantime. Assisted by still weak wage growth, inflation is forecast only to pick up gradually towards central bankers’ targets levels. While risks over the short term are finely balanced, risks over the medium term are still skewed to the downside. The most significant headwind for global growth would be the prospect of a sharp tightening of global financial conditions, in particular in the US or the euro area.

The forecasts for 2017 and 2018, although on an upward trend, remain well below norms prior to the financial crisis.

The Eurozone continues its rehabilitation with growth in the third quarter of 2017 of 0.6%, ahead of market expectations. Growth over the last 12 months has been a post-recession high of 2.5%. Internal expectations for 2017 as a whole have been raised to 2.2%, a 10-year calendar year high.

The Q3 announcement reinforces the view that the economy of the single currency bloc is gaining traction, despite individual countries posting widely different rates of growth. The positive mood was further amplified by the release of figures indicating that unemployment was also continuing its downward push, with the region’s unemployment rate falling to a 9-year low of 8.9%. Given these favourable trends, it came as no surprise that the European Central Bank announced that it will halve its bond-buying scheme (also known as Quantitative Easing) to €30bn a month from January 2018.

How long this reduced QE programme continues is likely to depend on the zone’s rate of inflation, which currently stands well below the ECB’s target level. With little upward pressure being seen in inflation, unlike in the UK, Eurozone interest rates are likely to stay at current levels for some time. While the underlying picture on the Eurozone looks as positive as it has for some time, downside risks still persist and indeed may have increased over the autumn. Politics have returned to the front line with the situation in Catalonia making front page news and potentially forcing the EU into uncharted territory.

The ongoing Brexit negotiations adds another, as yet largely unquantifiable, risk to both global and Eurozone growth.

The UK continues to post modest rates of economic growth, certainly below those currently being posted by the Eurozone and the US. Uncertainty over Brexit remains the biggest headwind to growth, but the pickup of inflation following sterling’s depreciation since the referendum has generated its own detrimental effects. At least, the “will they. won’t they” debate about interest rates has been answered.

The Bank of England’s decision to increase rates by 0.25% to 0.5% in November was the first upward move in rates since July 2007. But of more significance to the market was the statement from the Governor of the Bank who stated that rates are likely to rise further only modestly over the near term – perhaps only by another 0.5 percentage points in two stages by 2020. While the November increase only returns interest rates to where they were before the referendum, they offer some crumbs of comfort to the country’s 45 million savers, some of whom at least will receive higher income. In contrast, the imminent rise in mortgage rates for some borrowers is likely to increase the financial pressure being faced by the hard pressed consumer whose income is already lagging behind the increase in prices.

Third quarter growth ahead of expectations together with positive survey data showing that Q4 has started relatively strongly were the key reasons prompting the Bank’s Monetary Policy Committee to increase rates. It is worth bearing in mind, however, that the Q3 growth rate of 0.4%, though up from the 0.3% recorded in both Q1 and Q2 was lower than the present rate of growth in the Eurozone and well below typical rates of growth in the UK prior to the referendum. Survey data for October paints a slightly better picture. The purchasing managers’ index for services which accounts for by far the bulk of economic activity in the UK showed a strong rebound in October from a weak September figure. Coupled with a better showing in the manufacturing and constructing PMIs, early indications are for Q4 growth to be ahead of that for recent quarters.

Total returns of 2.5% in the third quarter (source MSCI/IPD Quarterly Index) maintained UK commercial property’s steady performance over 2017. Returns over the first nine months of the year have totalled 7.2%. As in recent quarters, it has been the industrial sector which has led the way in posting the highest returns in Q3 (4.4%), ahead of the office sector (1.9%) and the retail sector (1.7%). At a segment level, shopping centres saw average values fall over the quarter by 1.1%.

The backdrop of an improving outlook for global trade has been powering stock markets around the world to fresh highs and this re-found optimism has spread over into the UK commercial property market. Transactions in the third quarter were down on those of previous quarters but the key theme remains the enthusiasm of overseas investors, primarily Far Eastern, for UK property. Much of this interest remains concentrated on central London offices and retail property where the larger lot sizes are available. In contrast to the enthusiasm of the overseas’ investors, UK investors appear to be more cautious.

Brexit uncertainties and wage growth lagging behind inflation have highlighted the fragile nature of the domestic economy, even before the November interest rate rise has added fresh concerns. As reported in previous quarters, the purchase of large trophy assets by foreign investors can be justified on income grounds, especially when other assets are offering little in terms of income. But with many central London assets (and others outside the capital) seeing at best static rents – and in an increasing number of properties, falling rents – these ‘yield’ plays are looking increasingly vulnerable to upward yield pressure. So long as risk aversion remains paramount in investors’ investment strategies, property yields are unlikely to soften, but it is difficult to envisage yields firming further at a time of increasing interest rates.

Occupier demand for commercial property has remained surprisingly steady over the course of the year despite the economic uncertainty that lies ahead. There is no clearer evidence of this than in the central London office market (which is likely to be the market most at risk of fallout post Brexit) where tenant demand remains particularly strong. In contrast to this apparent vote of confidence in Britain post-EU, investors seem to be taking a much less optimistic stance on investment opportunities with imminent lease expiries or break clauses with yields for such properties being marked up significantly.

We have stated for some time that market forecasts for 2017 have been too pessimistic. The current (summer) IPF consensus forecast for 2017 indicates an expectation of total returns of 6.7%, which was increased from the previous quarter’s 4.8%. The market has already exceeded that return in the first nine months. We are still of the opinion that property yields will come under upward pressure in the coming months but how quickly this feeds through to the IPD indices is uncertain – many of the transactions that are currently driving the market are not measured by IPD.

Offices At a first glance, data from the central London office market remains resilient. Occupational take up in both the City and West End so far has been at levels significantly ahead of last year – in fact the take up in the West End over the first nine months of the year has already exceeded the total for the whole of 2016 and seems on course to beat the record calendar year figure achieved in 2015. Take up in the City is running 20% above 2016 levels.

The investment market also paints a similarly optimistic picture. Deals in the City are already over 50% above that recorded last year. West End transactions are at similar levels to those seen last year while City transactions look set to outpace the record annual volume of deals of £12.6bn achieved in 2014. Much of this investment demand can be accounted for by several very large transactions – notably the sale of the ‘Walkie Talkie’ (officially 20 Fenchurch Street in the City) for £1.28bn in July and purchases by Hong Kong investors of a long leasehold interest in 10 Grosvenor Street for £152m and Aldwych House, WC2 for £250m.

Unsurprisingly, Asian investors have been the prime investors this year in central London offices, accounting for 58% of City office purchases and 50% of those in the West End. In contrast, UK institutional investors have been net sellers of West End offices, accounting for 25% of all sales this year and only 2% of purchases. A further look at these figures, however, suggests a more cautious stance may be called for.

Vacancy rates in the West End have remained fairly static over the year, at around 4% although it did edge up over the last three months. But despite the strong levels of take up in the City, its vacancy rate has been inching up, now standing at 6.1%, 40 basis points above the end 2016 level.

Headline rents appear fairly becalmed, with little change in Grade A rents since the end of 2016. However, incentives are increasing in both sub-markets: 10-year leases for City offices now typically come with 23 months’ rent free (up from 19 months at the end of 2016) while West End offices have seen incentives increase to 20 months, 3 months longer than that applied at the end of 2016.

Major lettings during Q3 included Deutsche Bank’s 570,000 sq ft pre-let of the potential development at Moorfields, subject to planning consent, while British Land’s 310,000 sq ft 1 Triton Square was pre-let to the global media player, Dentsu Aegis Network. But one transaction that reminds investors of risk in the UK just now was the sale of Deloittes’ office in New Fetter Lane. Put on the market in June at a sale price of “around” £120m, it was sold for “around” £105m – investors being concerned about the tenant’s break clause in two year’s time.

Prime yields were unchanged over the quarter at 4% in the City and 3.25% in the West End.

All statistics from Savills